Note: In this Q&A we adopt the convention that substances "bright" on T1-weighed images have short T1 values. This is true for most (but not all) pulse sequences. For a detailed explanation, click here.

In routine clinical MRI the signals we record come nearly exclusively from the hydrogen nuclei of either water or fat. For most solid organs H2O is the only resonance observed. In adipose tissue, bone marrow, and to a lesser degree skeletal muscle, a significant contribution comes from lipid hydrogens, predominantly those residing in aliphatic (−CH2−) chains of triglycerides. Smaller contributions come from the triglyceride methyl, carboxyl, and vinyl hydrogens. Some free fatty acids, liquid forms of cholesterol, and other oils make minor contributions to the MR signal.

Phospholipids and sphingolipids, present in cell membranes and myelin respectively, have exceedingly short T2 values and their MR signal is not directly recorded on routine MR images. These lipid-containing macromolecules do indirectly affect the signal from water protons, described in a separate Q&A.
Triglycerides are esters of glycerol and three fatty acids. The fatty acid chains are typically 16-20 carbon atoms in length and are mostly saturated (−(CH2)n−). These long chains have complex thermally-induced flexions and rotations, some of which occur near the Larmor frequency. The associated magnetic field fluctuations from this motion facilitates relaxation and results in T1 shortening observed. 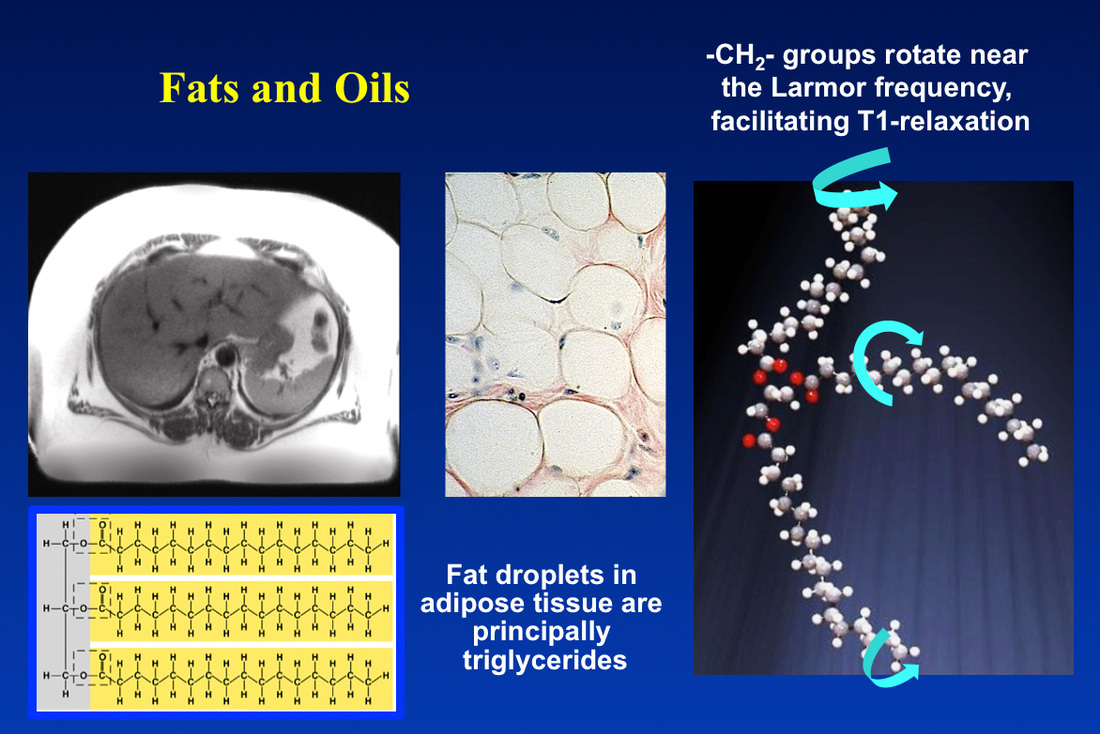 A wide range of pathological lesions may contain fat and other lipids, rendering them bright and easily recognizable on T1-weighted images. Several of these are illustrated below. 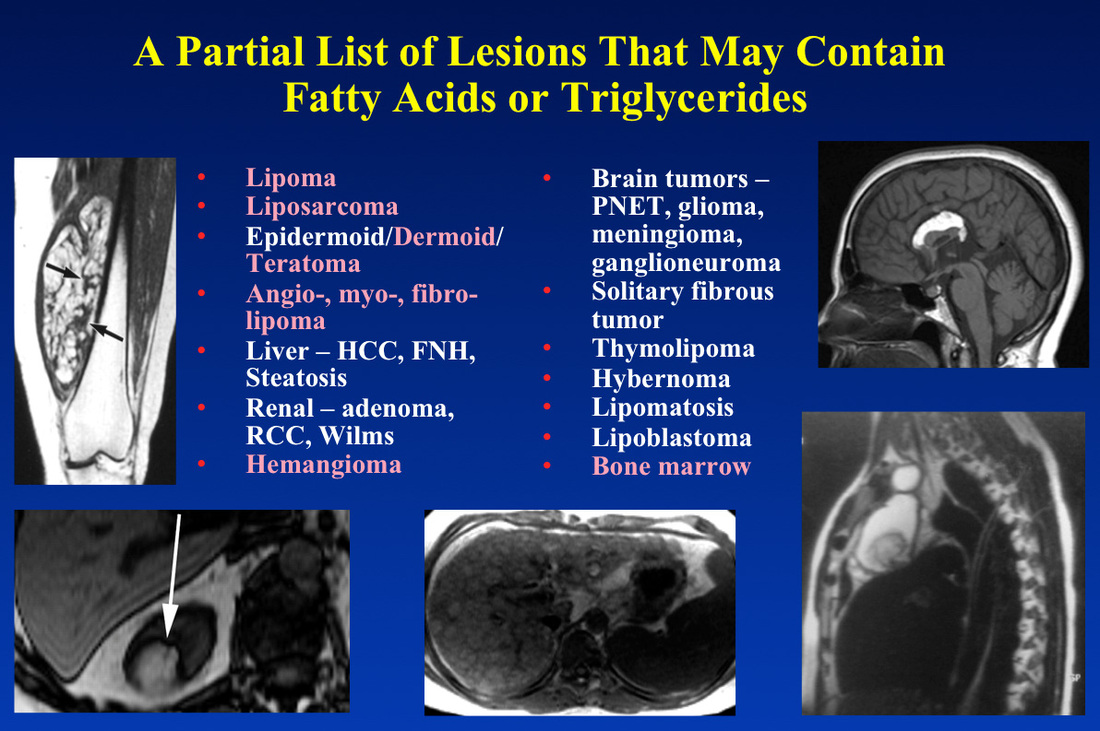 Fat containing lesions bright on T1-weighted images from upper left proceeding counterclockwise: liposarcoma of thigh, angiomyolipoma of kidney, fatty infiltration of liver, thymolipoma of mediastinum, and lipoma of the corpus callosum. In the list, the most common fat-containing lesions are listed in pink.

Signals from myelin and membrane phospholipids can now be recorded directly using ultrashort TE imaging. This is an important research technique just now about to emerge into clinical practice.

Related Questions
What is T1 relaxation?
Can you explain a little more about the dipole-dipole interaction? I still don't quite understand.
↑ Complete List of Questions ↑